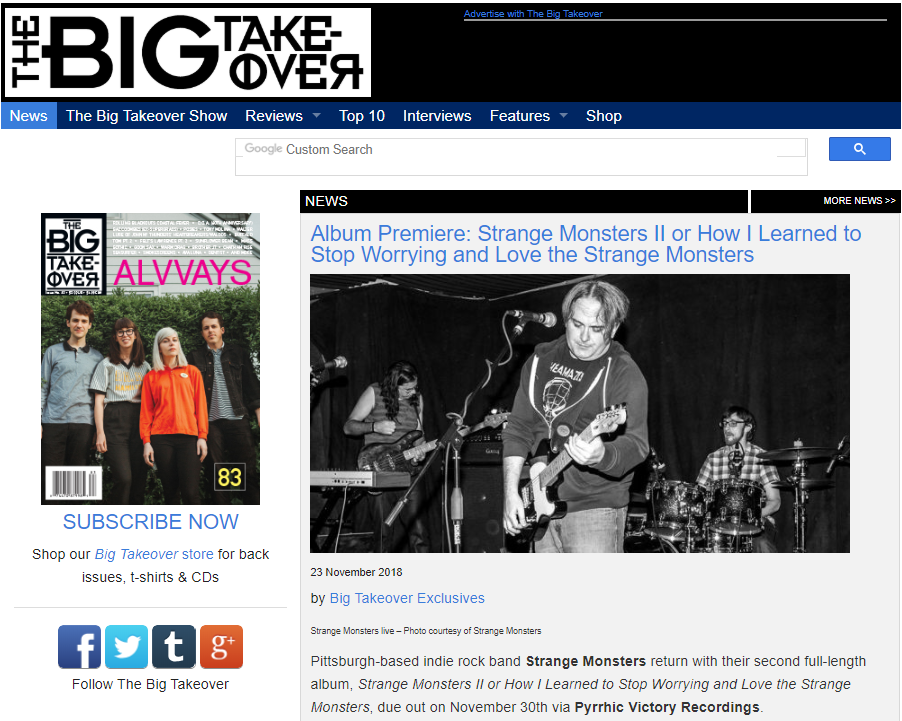 The LP title makes allusions to a famous film, and much like Dr. Strangelove, the experience is like riding an H-Bomb straight into the surface of the earth. There are hard-hitters like the lead-off track “Invertebrate”, the punky love song “She Talks Me Down”, and the overcharged “Pseudomania”. Mellower tunes like “Satan’s Xmas”, “No Days Off”, and “Modern War Fair” constitute the inescapable fallout amid the explosiveness of this sophomore accomplishment.

Strange Monsters (Don Strange (The Mastermind) on guitar and vocals; Mo Bajcz (The Mad Scientist) on keys, bass, and vocals; and Tim Kelly (The Magician) on drums and sometimes vocals) deliver the same witty and absurd indie rock as on their debut release, Destory All (sic).

The band explores their versatility further by pushing boundaries and collaborating more within songs as can be heard on the shared vocals of “Harveys” and the sprawling closer “Under My Own Power”. Strange Monsters II zigzags and turns, speeds up and slows down, but most importantly, it provides a roadmap for navigating the ins and outs of the band’s vision of current post-apocalyptic USA.