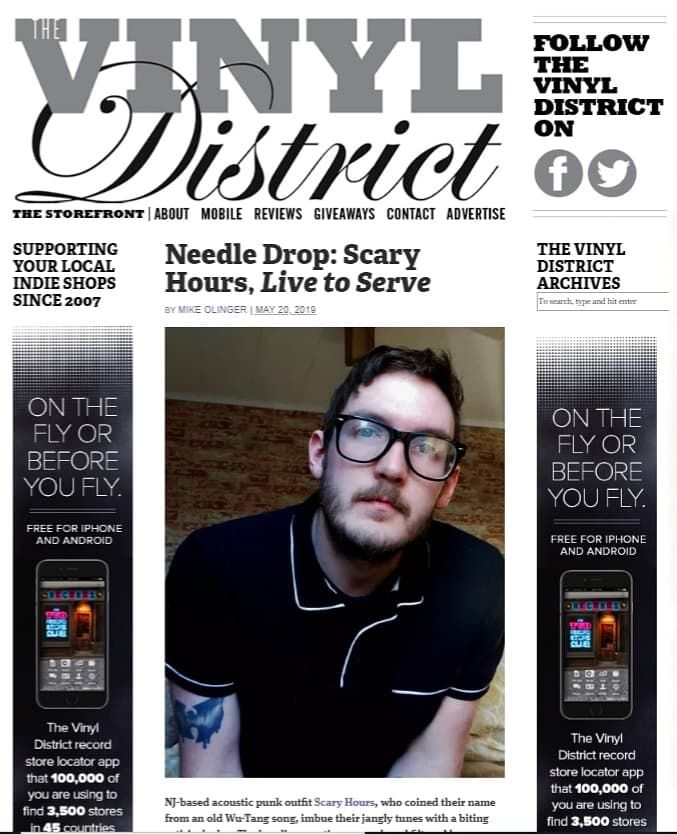 NJ-based acoustic punk outfit Scary Hours, who coined their name from an old Wu-Tang song, imbue their jangly tunes with a biting satirical edge. The band’s acoustic pop punk and filtered lens radiates the confrontational ethos of hardcore—a bit like a Bukowski-esque version of Bright Eyes, or possibly a pissed off Plain White T’s high on Ritalin.

One click on the hilariously bleak opening couplet of “The Real Disease” and you will know what you’re in for—smart, misanthropic songwriting, delivered over jangly power chords. The wily “Pretty Bird” features another brilliant bout of self-defeating wisdom, as lead-singer Ryan Struck rattles off such gems as, “I’m gonna try to be pro-life and at the same time be pro-gun / and I’ll blow all your f*cking heads off while I judge the unfit moms.”

Scary Hours’ debut LP, Live to Serve, is chock full of these worldly realizations which both shock and amaze. The 10 song set arrived in stores last week and is available to stream via Soundcloud or Spotify.